Roles are a way to quickly set up and manage Users for particular responsibilities within Leo. Roles allow you to develop complex lists of Groups to which certain Users must belong to that Group  in order for them to have access to all the options their Role in Leo requires.

The Role option allows you to create this list of Groups so that the entire list can be assigned to a User by simply adding them to the Role.

This screen lets you edit the basic settings for a Role and manage the Users and Groups associated with the Role. 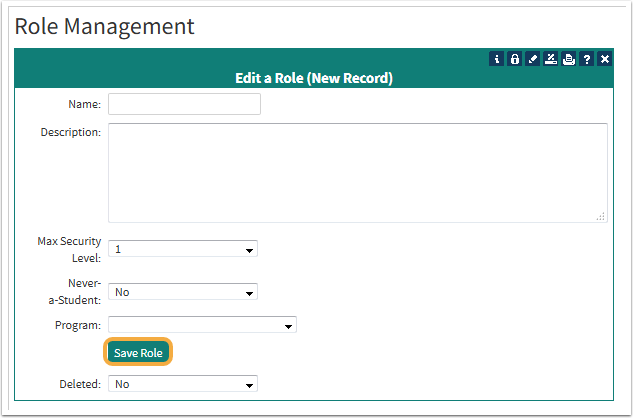 Remember when creating a new Role: Roles are used to predefine the Groups and security levels associated with the activities of Users.

Roles also allow you to manage and update the Groups to which members of the Role belong.

As an example, you may decide the Course Directors should belong to a new Group which will give them access to certain functions they would otherwise not be able to access. You could add this new Group to the Course Director Role, and then push that update out to all members of the Role.

This report shows a list of the active Roles in your system.

When you choose the List All Roles link, the resulting list may or may not accurately reflect the appropriate privileges designated by your institution. 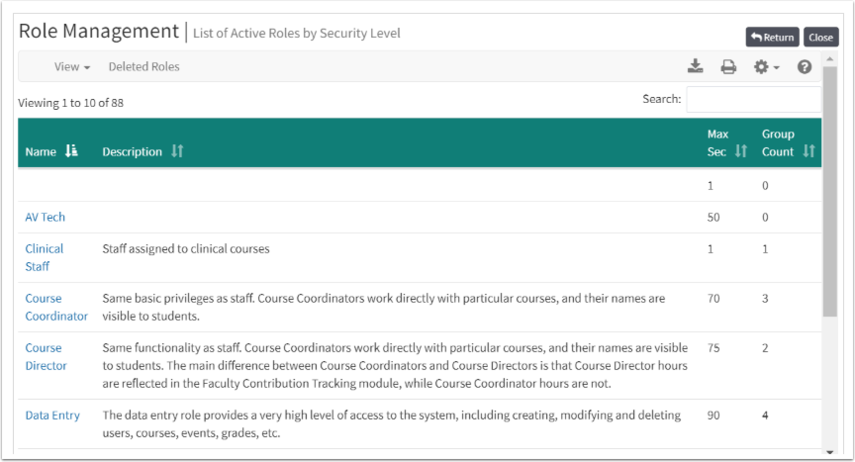 Edit a Role and Manage Groups

There are tools to push updates of Group membership out to all members of the Role, as well as options to review, add, and delete members. 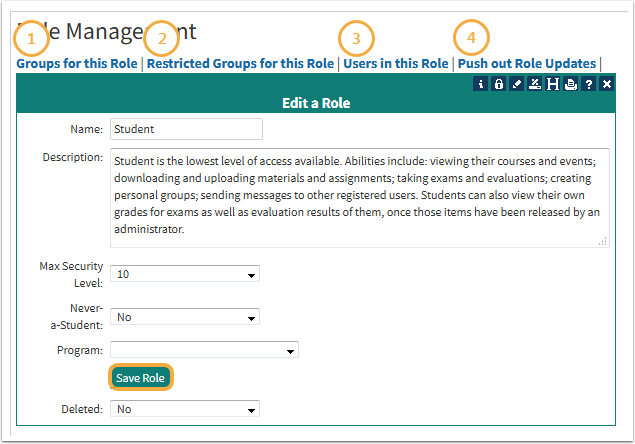 Groups for this Role (1)

This list lets you specify which Groups should  be assigned to all members of this Role. One of the main reasons for the Role option it to allow you to automate the assignment of complex sets of Groups to new Users, so this is a critical part of Role Management.

If you cannot find your Group in the standard list, use the Add By Search option for a more extensive list of Groups.

The following criteria are used to select the list of Groups:

Restricted Groups for the Role (2)

This list lets you specify the Groups that are forbidden to the members of this Role.

You should be very careful when using this option, as you may add Users of a Role and then see their Group membership disappear.

This report shows all of the Users who are currently assigned to this Role. 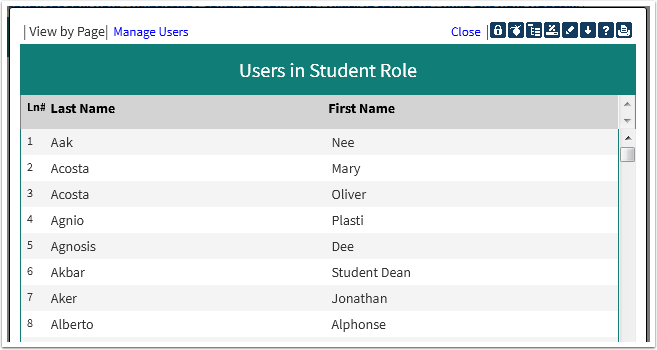 This build list lets you add and remove Users from a Role. Users can also be added and removed from the Role in the User Management screen.

However, this is the only place where you can manage all of the Users for a Role in one place. 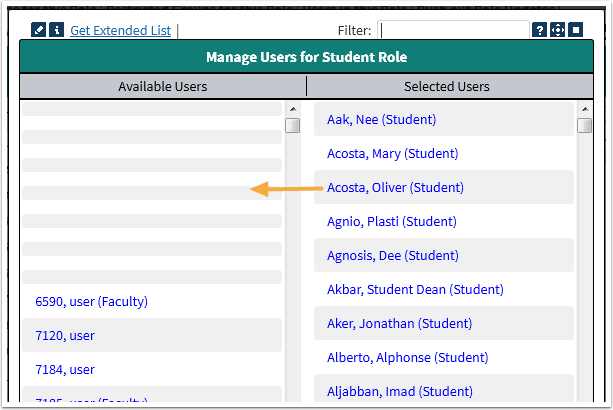 This will allow you to update all members of this Role with any new Groups that they may have been assigned to.

This report will generate a list of all Excluded Groups within the Role system by Role. Please note that any Role with a Security Level higher than your security level will be displayed.